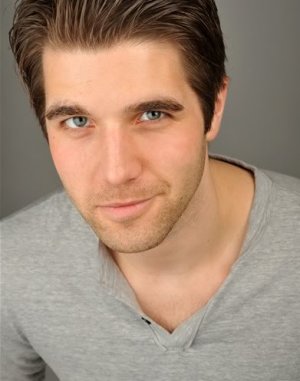 2011 was a fantastic year for Howden, who was relatively unknown until he landed his Star-Making Role as Anders in Dragon Age II. Only months after its release, it was announced that he would be playing the protagonist of Xenoblade Chronicles, as well as the titular character in the game of the movie The Adventures of Tintin: Secret of the Unicorn. He also attended the London MCM Expo

in October 2011 alongside Dragon Age II co-star Gideon Emery, where they made history being the first British guest voice actor panelists at the convention. During the end of the year, he starred in the production of The Malcontent

at the White Bear Theatre in London.

Outside of acting, Adam Howden is known for his outspoken nature and penchant for Toilet Humor on Twitter

, where he has acquired many devoted fans — most of which happen to be female.