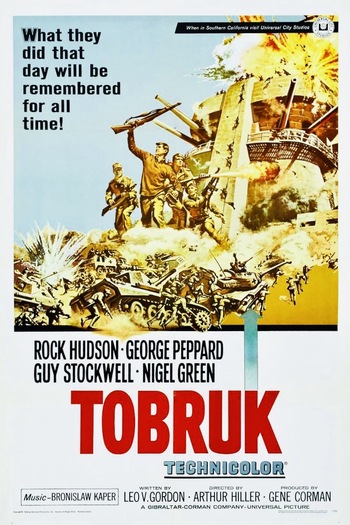 Tobruk is a 1967 American war film directed by Arthur Hiller and starring Rock Hudson and George Peppard, released through Universal.

During the North African campaign of World War II, the Allies plan to destroy the German oil reserves of Erwin Rommel in the titular city of Tobruk, Libya. The endeavour is tasked to Major Donald Craig (Hudson) and Captain Kurt Bergman (Peppard).