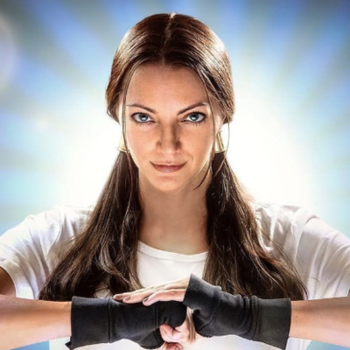 Kara Janét Edwards (born February 17, 1977 in Lubbock, Texas) is an American voice actress for Funimation. She also goes by the alias Janét Mason. She quit her radio hosting job in 2006 when she decided to focus on voice acting full time after becoming touched by fans of Dragon Ball Z at an anime convention she attended. She was once married to meteorologist Chris Suchan, but they later divorced. In addition to her work in FUNimation, she does voices for commercials and documentaries.
Advertisement: