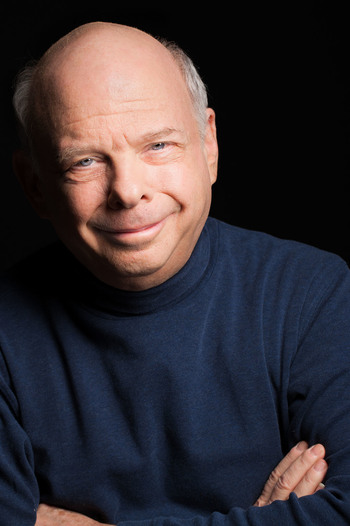 You've fallen victim to one of the classic blunders! The most famous of which is "Never get involved in a land war in Asia." But only slightly less well-known is this: "Never Describe Wallace Shawn Here!"

Best known to many audiences for his very quotable performance as Vizzini in The Princess Bride, for voicing Rex in the Toy Story series, and for his multiple collaborations with Woody Allen, Shawn also has one of the most easily-recognizable voices (and faces) in Hollywood. A very talented actor — though personally more interested in independent projects and theater, where he is able to deal with far more psychological and philosophical themes than a mainstream audience might be interested in — the fact that he does not have more mainstream renown is simply Inconceivable!