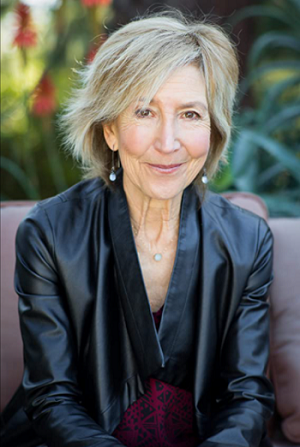 Linda "Lin" Shaye (born October 12, 1943 in Detroit, Michigan) is an American film, theatre and television actress, best known for her work in horror films. Though she has been in the industry for more than 40 years, she has become recognizable these days for starring in the Insidious series of films, the first installment of which was released in 2011.
Advertisement:

Her older brother, Robert Shaye, is the founder of New Line Cinema.