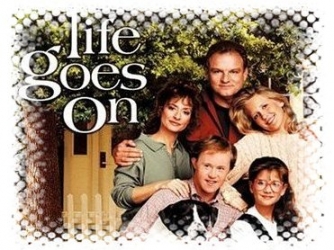 1989-1993 teen/family drama notable for having a major character with Down's syndrome (Corky), and one with AIDS (Jesse). The whole show was kind of one big Very Special Episode. The main character, Becca, was Corky's sister and Jesse's girlfriend.