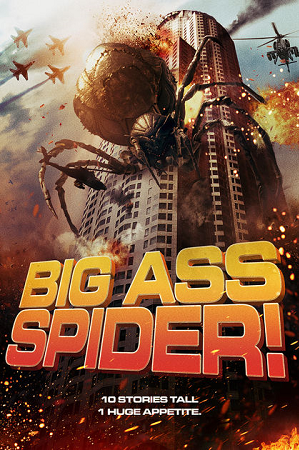 Big Ass Spider is a 2013 horror/comedy directed by Mike Mendez and starring Greg Grunberg, in which Grunberg plays lonely, good-natured Los Angeles exterminator Alex Mathis. An unfortunate chain of events on Mathis's supposed day off leads to his being at the local hospital when a misdirected secret government experiment gets loose and begins attacking employees and patients, before breaking out into the surrounding area. Along with his self-appointed sidekick, hospital security guard Jose, Alex must now help save the city from a voracious, fast-growing, alien-hybrid big ass spider.