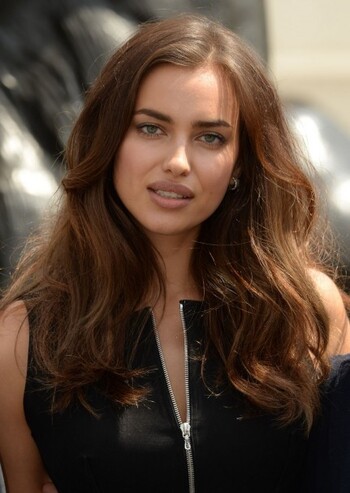 Irina Shayk (born Irina Valeryevna Shaykhlislamova in Yemanzhelinsk, Russia, USSR on January 6, 1986) is a Russian supermodel and actress known for her appearances in the Sports Illustrated Swimsuit Issue. She debuted in 2009, and made the cover in 2011. She made her acting debut as "Megara" in Hercules.

She dated Portuguese Association Football superstar Cristiano Ronaldo from 2009 to 2015, and American actor Bradley Cooper from 2015 to 2019. In 2017, she gave birth to her daughter with Cooper.

"Sexiest Tropes in the World":