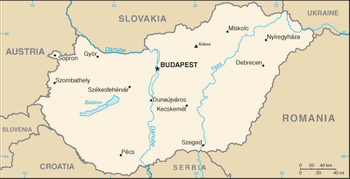 "Are you hungry?"
—Usual foreign reaction to any question regarding Hungary
Advertisement:

Hungary (in Hungarian Magyarország) is a Central/Eastern European country. Not a land with a hunger problem, it's known as Magyarország by those who are from there. Most important things are covered by The Other Wiki

, so there is just some basic info here. 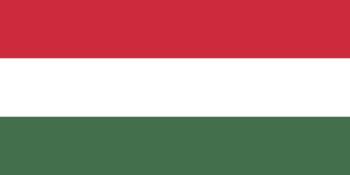 The red, white and green colors derive from the coat of arms; popular folklore (eventually made official in the 2012 constitution) attaches to the colors the meanings of strength, faithfulness and hope, respectively.
Coat of arms of Hungary