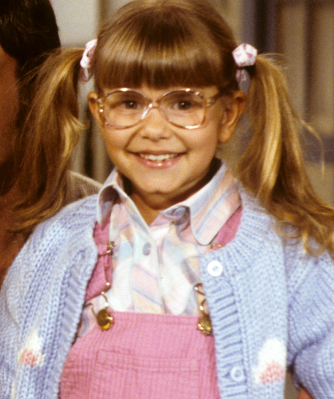 Described by Turner Classic Movies as "waif-like", Barsi was also physically noted for her distinctively Central European features (she was the daughter of Hungarian immigrants).

Barsi suffered from a growth deformity which made her look younger than she actually was, which casting directors exploited: at six years old she played a three year old toddler in the Made-for-TV Movie Fatal Vision, based on the Jeffrey MacDonald story note In what might be one of the most horrific examples ever of Harsher in Hindsight, she played a victim of Pater Familicide several years before she met the same fate; at nine, she played a five-year-old in Jaws: The Revenge and a four-year-old on Growing Pains; and at ten years old she played a seven-year-old on St. Elsewhere.

She provided the voice of Anne-Marie in All Dogs Go to Heaven and of Ducky in The Land Before Time. Both roles had the possibility of making her a true break-out star much like her north of the border contemporaries Tara Charendoff and Alyson Court.

Sadly, we will never know. She never lived to see the premieres of The Land Before Time or All Dogs Go to Heaven. She was murdered, along with her mother, on July 25, 1988 by her abusive father, who committed suicide two days after his crime. For many years after, her grave and the adjoining grave of her mother remained unmarked - but in the early 2000s, fans clubbed together money to mark their graves.