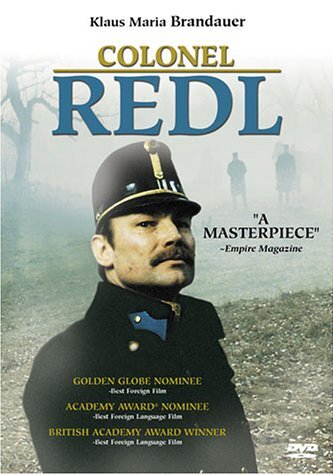 Colonel Redl is a 1985 film from Hungary, directed by Istvan Szabo.

, Austro-Hungarian spy chief in the years leading up to World War I. Despite growing up in the household of a poor farmer, Alfred, born in 1864, wins his way into military school on sheer academic merit. He forms a friendship with Kristof Kubinyi, his classmate for years, despite the fact that Kristof is a nobleman and Alfred has no money.

Alfred's dedication and patriotic fervor wins him promotions and, eventually, a job as chief of army counterintelligence and a place in the circle of the heir to the throne, Archduke Franz Ferdinand. However, Colonel Redl has a secret: he is a homosexual. Eventually, his enemies use this secret against him.