Film / She's Out of Control 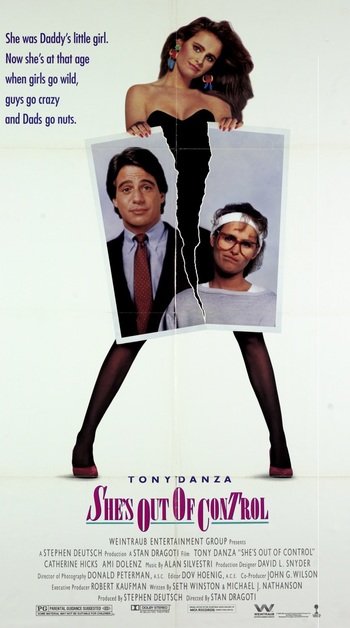 She's Out of Control is a 1989 comedy film directed by Stan Dragoti, starring Tony Danza, Ami Dolenz and Catherine Hicks.

Widower Doug Simpson (Danza) is a radio producer from California who lives with his two daughters, Bonnie and Katie (Dolenz). When his oldest daughter, Katie, turns 15, she feels it's time to start looking more grown-up after years of having an unflattering wardrobe that includes thick glasses and full set of braces. When Doug leaves on a business trip, Katie transforms herself into a knockout beauty with help from her father's girlfriend Janet Pearson (Hicks). When Doug returns, he is shocked to find boys from every walk of life interested in dating Katie, with Katie having up to three boyfriends.