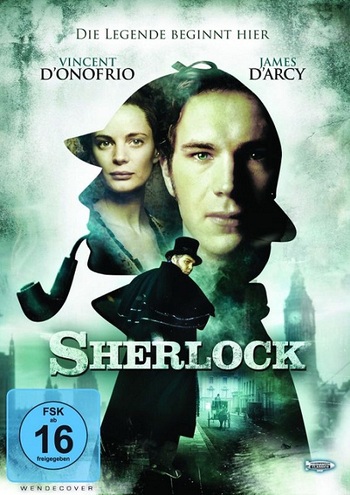 As the movie opens, Sherlock is in pursuit of the evil Moriarty and apparently shoots him to death, but his body cannot be found as he falls in a sewer. Holmes gains notoriety with the press and the police for his apparent killing of the evil Moriarty. This accomplishment brings him into the company of Dr. Watson, an early practitioner of autopsies, for the first time. Together, they start an investigation into the murder of several crimelords and become convinced that Moriarty is alive and behind a plot to organize drug dealing. Given that Moriarty is supposedly dead, Holmes finds it hard to convince Inspector Lestrade. Holmes investigation leads him to a beautiful prostitute, who posed as a rich woman to lure Holmes into the plot.