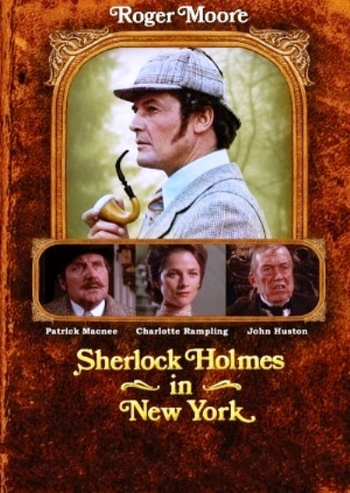 Sherlock Holmes in New York is a 1976 American Made-for-TV Movie about the Great Detective himself, Sherlock Holmes, and his trusted companion Dr. John Watson, played by Roger Moore and Patrick Macnee respectively.

Holmes and Watson travel to New York City in pursuit of Professor Moriarty (John Huston), where the Napoleon of Crime has carried out the ultimate bank robbery. In the meantime, Holmes and Watson are reunited with their old acquaintance Irene Adler (Charlotte Rampling), with whom Holmes enjoys a blossoming romance, while she is also threatened by Moriarty.