Film / Deal of the Century 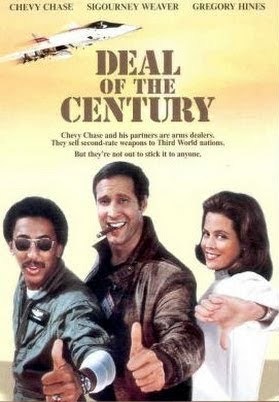 Deal of the Century is a 1983 American comedy directed by William Friedkin that has a couple of arms dealers (Chevy Chase and Gregory Hines) going to South America to sell weapons to a South American dictator.