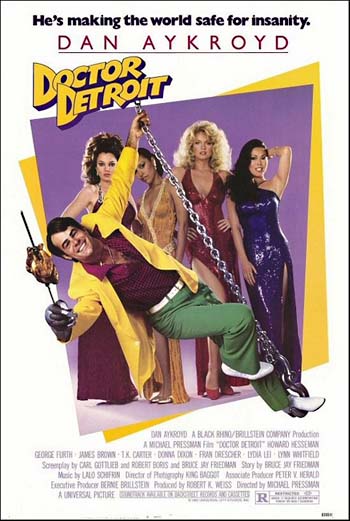 Doctor Detroit is a 1983 Fish out of Water comedy movie directed by Michael Pressman and starring Dan Aykroyd.

Clifford Skridlow teaches at a small Chicago college run by his father. Conned into managing four prostitutes by their pimp, who skips town to escape the mob boss known as Mom, Clifford draws on his course in medieval literature in his quest to save the women from Mom.

Devo did the film's theme song.