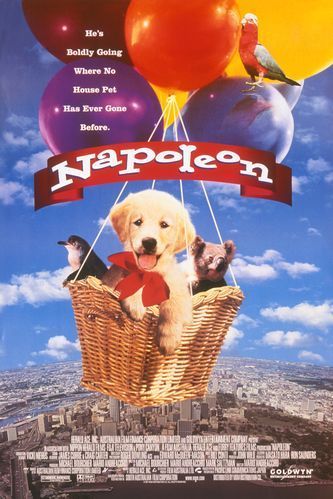 Napoleon is an Australian musical family film released in 1995. Like Homeward Bound: The Incredible Journey, it is mainly live-action clips of animals with voiceover narration.

Muffin (voiced by Jamie Croft) is a golden retriever puppy who insists on being called Napoleon and wishes to be a brave wild dog. During a birthday party at his owner's house, he gets into a basket with balloons attached, and floats off into the Australian wilderness. Now he's on a big journey alongside a galah named Birdo (Philip Quast) to find the wild dogs.

The film was released Direct to Video in America by MGM with a different voice cast, including Adam Wylie and Bronson Pinchot. It wasn't a big hit there, but it's gained a following.

Not to be confused with the 1927 French film of the same name.