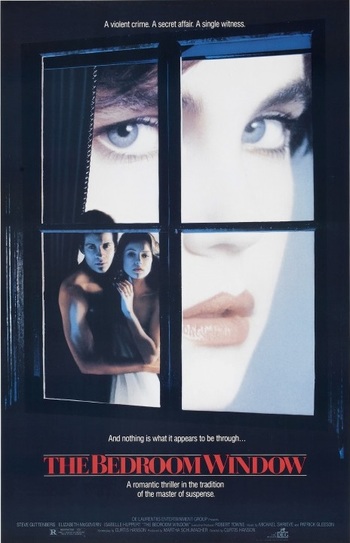 Terry (Guttenberg) is a young executive who starts an affair with his boss's wife Sylvia (Huppert). One night, as the two are in his apartment, Sylvia witnesses a man attacking a woman from Terry's bedroom window. She doesn't want to expose their relationship and so is reluctant about talking to the police, so Terry, wanting to help but also wanting to protect Sylvia, claims he was the one at the bedroom window. The police finding out inconsistencies in his story and the real attacker being on the loose escalates Terry's life into a nightmare as he sets to find the attacker with some help from the victim, Denise (McGovern).