Fanfic / Songs of the Spheres 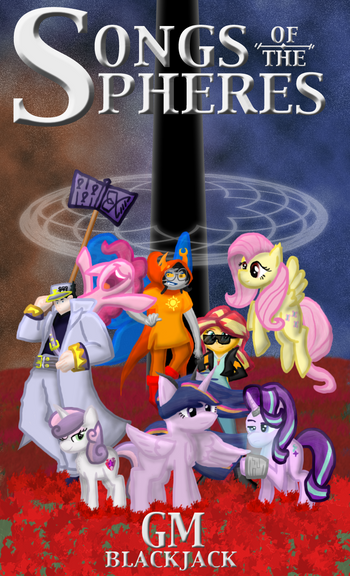 Songs Of The Spheres

The multiverse exists and contains 10 quintillion universes. Some containing and inhabited by Type V civilizations, others inhabited by denizens much, much lower on the scale than that. The story focuses on a particular group of ponies led by Twilight Sparkle, who after finding a black sphere with the power to travel to other universes discovers the multiverse and all the good (and bad) that comes with it.There's a lot of good and bad.

As of April 20, 2020, this fiction is now complete, but there are others in the same multiverse, such as The League of Sweetie Belles.

Spoilers before the beginning of Arc 3 are unmarked. Proceed at your own risk.

Tropes in Songs of the Spheres: