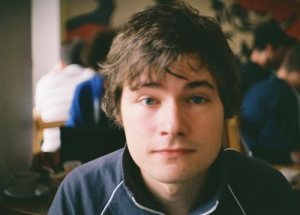 (born May 9, 1989), better known as C418 (pronounced "C-four-eighteen", not "C-four-one-eight") is a German electronic musician and sound engineer best known for composing the soundtrack to Minecraft. He and Notch would later try collaborating again with a game called 0x10c that eventually got scrapped.

This musician's work contains examples of: