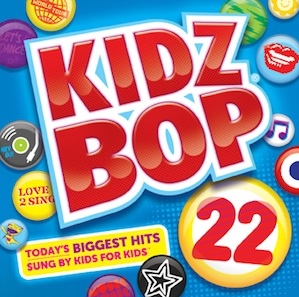 "For extra credit, compare and contrast this with the bizarre modern phenomenon where the Kidz Bop munchkins put smiley faces on wrist-slitting fare like 'Bring Me To Life.'"
— warr.org

Kidz Bop is an album series of pop song covers performed by kids. Currently on the 41st album of their main series, Kidz Bop has also released several special collection albums. Kidz Bop initially released albums every six months; it changed to a quarterly release schedule in 2015, shifted to a tri-annual release schedule, returned to its traditional semiannual release by 2018, and moved to once-a-year releases in 2019.