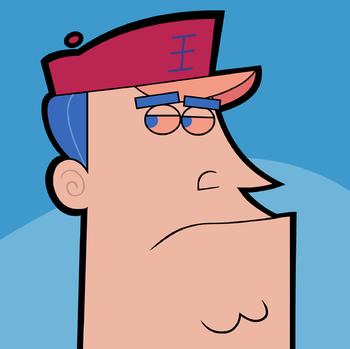 Yet another video game music enthousiast.
"Earth-shatteringly awesome music... What more does one need?"
— The channel description in its entirety, minus the disclaimer
Advertisement:

Proof that the remaining 10% is worth listening to low-quality rips for here.

TimmyTurnersGrandDad (often abbreviated TTGD) is a YouTube channel that started uploading on September 30th, 2016, shortly after SiIvaGunner's original ending. The channel is a Spiritual Successor to SiIvaGunner, uploading the same kind of In the Style of... remixes and Mashups that you would find there. However, TTGD is not as attached to the Bait-and-Switch nature of his predecessor; right away, the username and avatar are clear allusions to 7 Grand Dad, leading to less unsuspecting viewers.

His channel can be viewed here

. Additionally, the Best Of albums can be found on the official Bandcamp page.