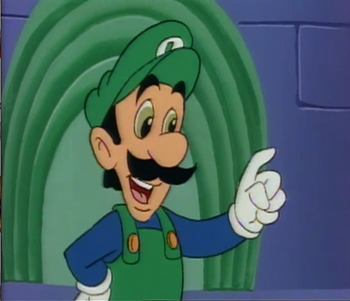 That's Mama Luigi to you, Mario!
Mario: Is he talking about us?
Luigi: You better believe it!
— From a commercial bumper for The Super Mario Bros. Super Show!
Advertisement:

Being possibly the most recognizable game series of all time, of course Super Mario Bros. is going to mutate some memes!

Hotel Mario and Super Mario Odyssey have their own pages here and here.

Memes about Donkey Kong can be found here.