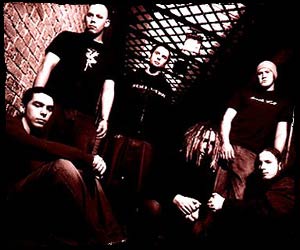 An influential progressive metal band from the UK who combined a very technical, mathcore inspired sound with a melodic and experimental side. They formed in 1999, split up in 2008, and reformed in 2012. They've released three albums and three EPs.
Advertisement:

In the last few years, the increased popularity of djent has seen them gain a lot of attention due to their undeniable influence on a lot of recent bands, as well as other progressive bands such as Protest the Hero, who have stated they are their biggest influence.

Tropes that apply to SikTh: