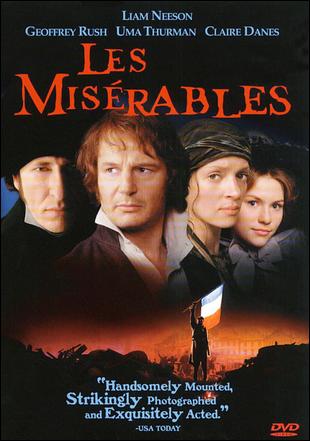 Les Misérables is a 1998 film based on the novel by Victor Hugo. Directed by Bille August, it stars Liam Neeson as Jean Valjean, Geoffrey Rush as Inspector Javert, Uma Thurman as Fantine, and Claire Danes as Cosette. Basil Poledouris composed the score.