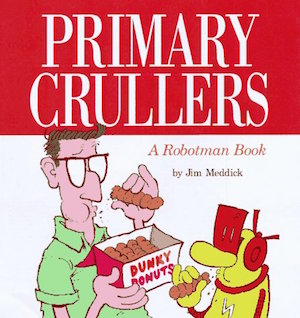 Monty and the Former Star of the Strip
Advertisement:

Monty (formerly Robotman and then Robotman and Monty) is a comic strip by Jim Meddick that was started in 1985 and is still running to this day.

In the beginning it starred Robotman, a robot who believed he was from another planet, living with the Milde family until he found his geeky creator Monty, who had given him false memories of being an alien, though he did have to leave Earth when aliens showed up to abduct him, leaving Monty as the star of the show.

The latest strip can be read here