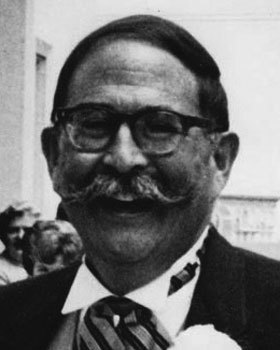 Jay Ward (born Joseph Ward Cohen Jr.; September 20, 1920 – October 12, 1989) was the producer of classic cartoons such as Rocky and Bullwinkle, George of the Jungle and Hoppity Hooper. He and his partner, Bill Scott, also created Cap'n Crunch and other cereal mascots for Quaker Oats.
Advertisement:

Not to be confused by the voice actor who voiced Wolf O"Donnell.

Works which Ward created and/or produced:

Tropes which appear in his works: