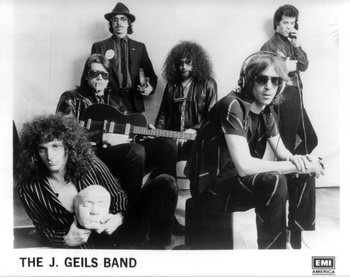 The J. Geils Band was an American rock band formed in 1967 in Worcester, Massachusetts, that had a successful R&B-influenced blues-rock sound in The '70s, before moving towards a more pop-influenced sound in The '80s, which brought them MTV airplay and a series of hit singles. Founder member J. Geils died in April 2017.

Love stinks, but not these tropes: