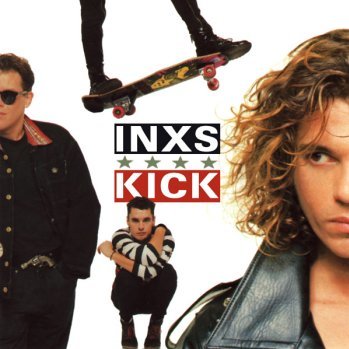 The twenty-first century is yesterday.
Kick is the sixth studio album by the Australian rock band INXS, released on October 12, 1987. It was their second collaboration with British producer Chris Thomas, the first being Listen Like Thieves in 1985, and was created to be an album where "every song was a possible single", according to guitarist/saxophonist Kirk Pengilly. It features the popular hits "Need You Tonight"/"Mediate", "New Sensation", "Devil Inside", "Mystify", and "Never Tear Us Apart". It was the second album by an Australian act to sell platinum in the United States, after AC/DC's Back in Black.

I, I was standing, you were there, two tropes collided...