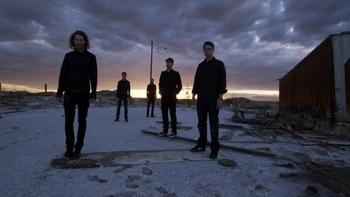 Isis was an American metal band founded in Boston, Massachusetts in 1997, though they eventually based themselves in Los Angeles. They were one of the leaders of the "post-metal" movement, alongside Pelican, Cult of Luna and Trope Makers Neurosis. Like those bands, Isis are known for writing lengthy songs that fuse Sludge Metal with Post-Rock.

Core Discography (they have many, many more releases; Metal Archives

Tropes that apply to Isis: