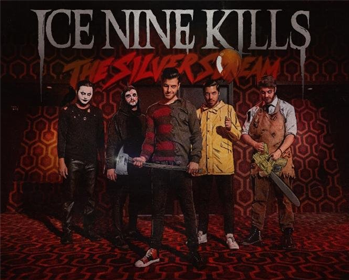 Ice Nine Kills (formerly known as Ice Nine, often stylized as ICE NINE KILLS and abbreviated to INK) are a "theatri-core" band from Boston, Massachusetts, known for their horror-inspired lyrics and aesthetic.

Initially a ska-punk band formed in 2000 by two high school friends, INK later turned to a heavier sound and is now considered part of the Metalcore scene. The band's lineup rotated heavily over the years, and frontman Spencer Charnas is currently the only founding member remaining.

Their band name comes from the fictional weapon of mass destruction in Kurt Vonnegut's Cat's Cradle.