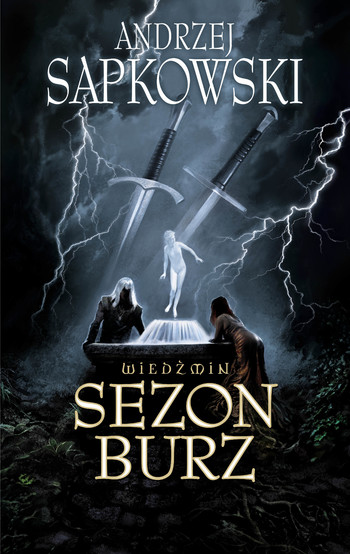 Sezon burz is the latest entry in The Witcher saga. A self-contained story, set between Splinter of Ice and The Witcher, the story details Geralt's adventures in a small kingdom of Kerack, his romance with sorceress Lytta Neyd, experiences with mutants and experimenting wizards, and his search for his two stolen swords.