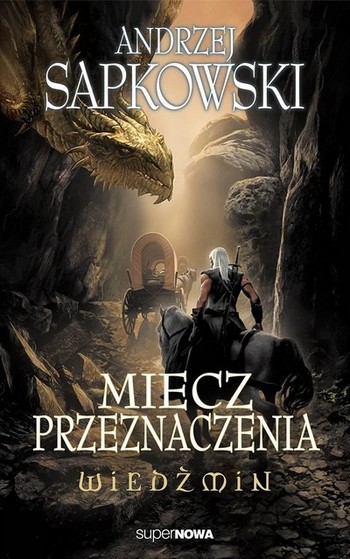 The second book in The Witcher series by Andrzej Sapkowski, originally in Polish. For whatever reason, the English translator decided to skip it and jump from the first book straight to the third (despite the small fact that it introduced Ciri, around whom much of the saga revolves) but a translation was finally released in the UK in 2015. The original Polish title was Miecz Przeznaczenia.
Advertisement:

Like the original book, Sword of Destiny is a collection of six novellas (minus a Framing Device) that continue the trend of merrily deconstructing your favorite fairy tales, though the motif of You Can't Fight Fate comes across even stronger.