Film / The Science of Sleep 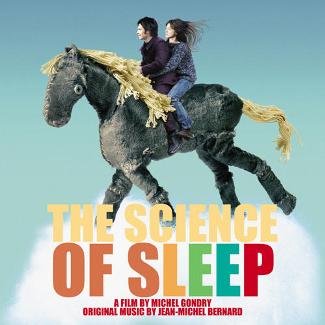 Originally titled La science des rêves, this quirky 2006 French film starring Gael García Bernal and Charlotte Gainsbourg and directed by Michel Gondry is a surreal exploration of the nature of dreams, as well as a charming romance (sort of).
Advertisement:

Under-appreciated creative-man Stéphane meets Stéphanie and Zoé moving into the room across from him and he helps move their piano - after getting injured he's invited in to heal his wounds. For some reason he neglects to tell them that he lives across from them, meaning every time he leaves he has to pretend to leave the building.

Things though get confusing as it becomes more difficult (for the audience) to tell the difference between what is real and what is a dream, due to Stéphane's Cloud Cuckoolander status as he tries to get closer to Stéphanie, making gifts for her and getting more and more angry at life that he seems unable to cope with.