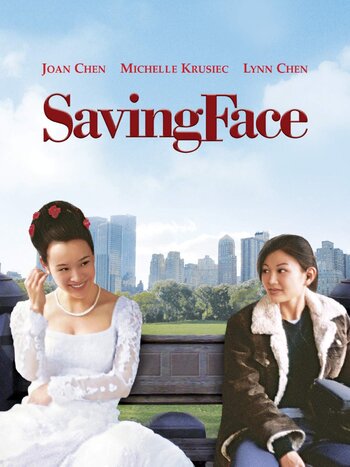 Saving Face revolves around the 29 year old Chinese-American surgeon Wilhelmina Pang. Wil's life is shaken up when her mother (Joan Chen) moves in with her and it is also revealed that Wil's mother is pregnant by an unknown father. Wil also gets a new love in her life with another Chinese-American girl Vivian. To complicate things, Wil is trying to keep the relationship secret. The question is how can Wil handle and balance these new factors in her life?
Advertisement:

This film is a lesbian Romantic Comedy released in 2004. Directed and written by Alice Wu, the work is a lighthearted take on family and relationships as well as how people present themselves to others.