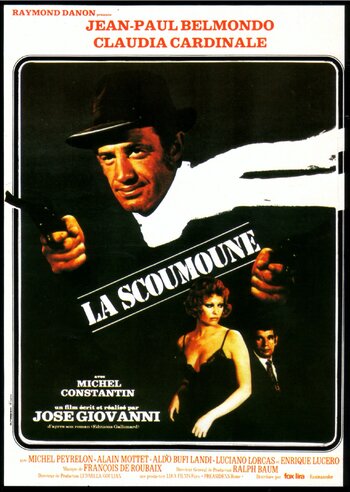 La Scoumoune (English language title The Pariah) is a 1972 French-Italian gangster film directed and written by José Giovanni, based on his own novel L'Excommunié. It is a remake of the 1961 film Un nommé La Rocca and stars Jean-Paul Belmondo (who played the same role in the 1961 film), Claudia Cardinale, Michel Constantin and Enrique Lucero. François de Roubaix composed the soundtrack, which notably includes a barrel organ leitmotif.

In 1934, mobster Roberto Borgo (Belmondo), also known as "La Scoumoune", comes to the port city of Marseille, Southern France, to help his friend Xavier Saratov (Constantin), who was framed by the local crime bosses. Roberto is caught up in clashes between different gangs and as a result serves a long sentence in prison for killing several enemy gang members. After a few years, he manages to escape and seeks revenge.