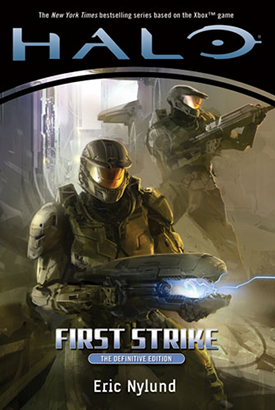 Halo: First Strike is a 2003 Halo book by Eric Nylund bridging the events of Halo: Combat Evolved and Halo 2, and also serving as something of a sequel for Halo: The Fall of Reach. As Halo 2 hadn't yet been completed when the book was written, there are some inconsistencies between the two, some of which Tor rectified with an updated edition in 2010.

No relation to the Jackie Chan movie of the same name.