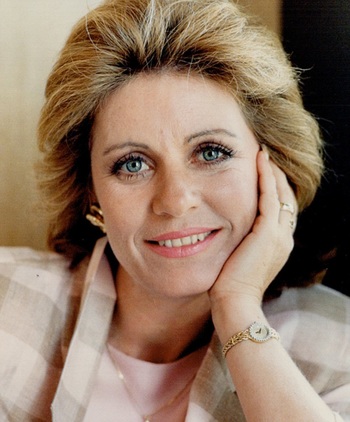 Born in Elmhurst, Queens, New York, she started acting at an early age. She first became famous for her portrayal of the young Helen Keller in the Broadway play The Miracle Worker, reprising the role for the 1962 film adaptation. Her performance earned her the Academy Award for Best Supporting Actress at age 16, becoming the youngest person to win an Academy Award at the time.

She would soon have her own sitcom, The Patty Duke Show, in which she starred as identical cousins Patty and Cathy Lane, running for 3 seasons. During this time she also had a very brief stint as a pop singer, scoring a Billboard magazine Top 10 hit with "Don't Just Stand There" (1965) and three other smaller hits.

However, entering adulthood would soon be turbulent. In 1967, she starred as a drug-addled actress in Valley of the Dolls, which was a financial hit, but received negative reviews.

Then, in 1970, scandal erupted once she revealed that she was pregnant while she was romantically linked with three men: Michael Tell (whom she was married to for 13 days before having the marriage annulled), Desi Arnaz, Jr., and John Astin, who she eventually married and would adopt her son Sean (Patty believed Desi Arnaz was his father, but in 1994, Sean would find out through a blood test that Michael Tell was his biological father, but he regards the three men, along with her final husband Michael Pearce, as fathers). She and Astin would have their own son Mackenzie, who also became an actor.

In 1982, not long before she and John Astin divorced, Patty was diagnosed with bipolar disorder, though she wouldn’t publicly reveal it until her 1987 autobiography Call Me Anna, becoming one of the first celebrities to do so. She would spend the rest of her life raising awareness about mental health.

She also served as President of the Screen Actors Guild from 1985 to 1988.

In the early '90s, she remarried and moved to Idaho, with her career slowing down during the last years of her life, though she still appeared in numerous films and shows, including Hawaii Five-0 and Glee. Patty’s last performance was on Liv and Maddie, another sitcom about Polar Opposite Twins, as the titular twins’ grandmother and her own twin sister in October 2015.