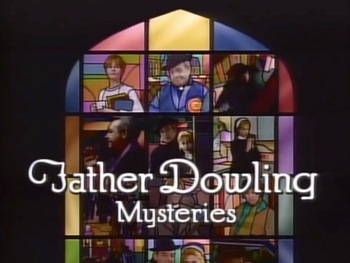 Adapted from the eponymous mystery novel series by Ralph McInerny and starring Tom Bosley, Tracy Nelson, James Stephens, and Mary Wickes, this show got its start as a TV movie in 1987. It became a series in 1989 and ran until 1991, running for one eight-episode season on NBC and two more seasons (a combined 35 episodes) on ABC.

Set in Chicago, it involves the main characters, Father Francis "Frank" Dowling (Bosley) and Sister Stephanie "Steve" Oskowski (Nelson), stumbling across murders and other such crimes, and solving them. Then there's Father Prestwick (Stephens), the assistant to the Archbishop who often finds himself filling in for Father Dowling in church matters when the latter is out investigating, and rectory housekeeper Marie Mulkin (Wickes).