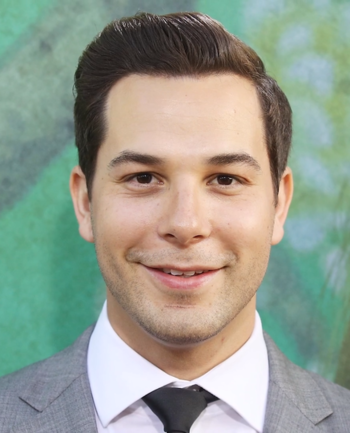 Skylar Astin Lipstein (born September 23, 1987 in New York City, New York) is an American actor and singer. He had a minor role as Georg in the original run of Spring Awakening, and became well-known following his role in Pitch Perfect as Jesse.

Tropes about his career: