Film / The Boy in the Plastic Bubble 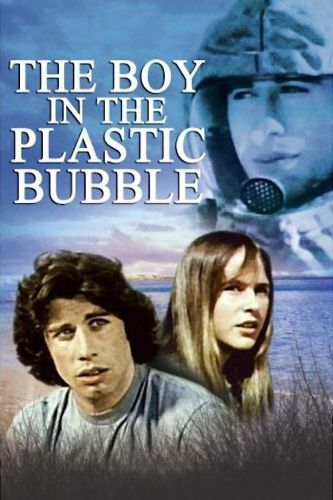 Based on the real-life stories of David Vetter and Ted DeVita, the film follows Tod Lubitch, born with an improperly functioning immune system. This means that contact with unfiltered air may kill him, so he must live out his life in incubator-like conditions. He lives with his parents, since they decided to move him from Texas Children's Hospital where he was being kept as a boy. He is constricted to staying in his room all his life, where he eats, learns, reads and exercises, while being protected from the outside world by various coverings.

The tropes outside the plastic bubble: