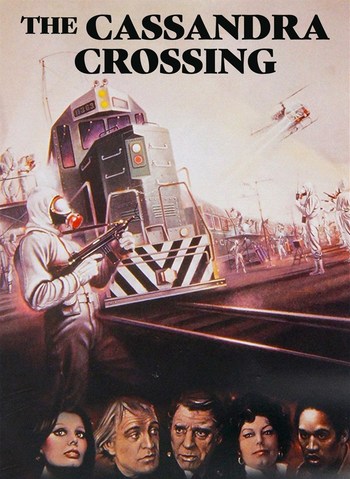 The Cassandra Crossing is a 1976 Disaster Movie directed by George Pan Cosmatos that has a group of passengers on a train being infected with a deadly disease and waiting for answers.