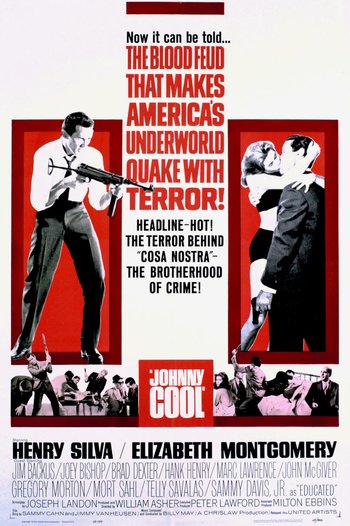 Salvatore Giordano (Silva) is a Sicilian outlaw who is sent out on a mission of vengeance to the United States by his mentor, Italian-American Johnny Colini (Marc Lawrence), to assassinate the men who plotted Colini's downfall and enforced exile to Italy. Renamed "Johnny Cool", he arrives in New York City and quickly kills several of the underworld figures on Colini's list, in the meantime picking up Darien "Dare" Guiness (Montgomery), a wealthy divorcée who becomes his accomplice.