Comic Book / Batman and the Outsiders 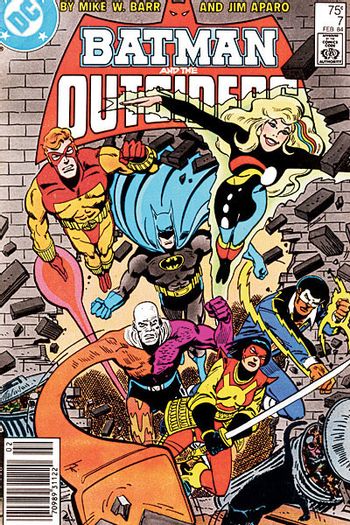 A teenage version of The Outsiders (initially featuring only Black Lightning, Metamorpho and Katana) appeared in a few episodes of the cartoon version of The Brave and the Bold. A later episode added Geo-Force and Halo to the roster and showed Black Lightning and Katana in their traditional costumes. The Outsiders are also formed in the final episode of Beware the Batman, consisting of Batman, Katana, Alfred, Oracle, Metamorpho, and Man-Bat. Katana appears in Suicide Squad (2016). A take on The Outsiders will appear in Season 3 of Young Justice, the team being created and lead by Beast Boy and comprised of Wonder Girl (Cassandra Sandsmark), Blue Beetle (Jaime Reyes), Kid Flash II (Bart Allen), Static, and Geo-Force. The end of the season sees Geo-Force leaving and being replaced with Forager, Superboy (Conner Kent) and Terra.