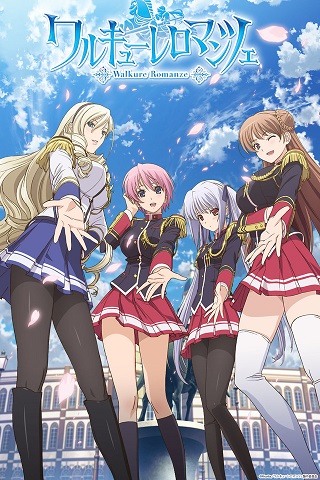 Horses dashing gallantly... Knights challenging their own limits... Magnificent, heroic battles highlight the horseback lance sport of jousting. One of the many people fascinated by this proud sport, Mizuno Takahiro, acts as a begleiter (an assistant) to jousting knights as he lives his rather tedious life at Winford Academy. This is the story of Takahiro and these female knights in their passionate, noble battles.

For tropes pertaining to the Visual Novel instead, please see the related page.

Tropes in the show include: