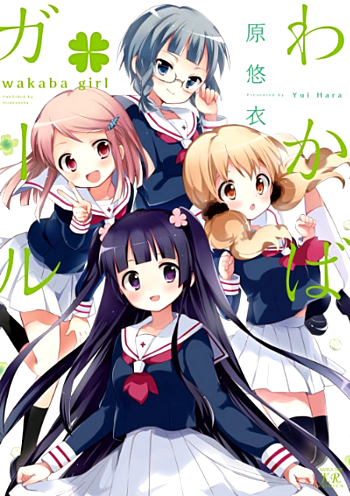 Wakaba and her friends.
Advertisement:

Wakaba, the youngest child of a well-to-do family, is finally starting high school, and she wants to turn a new leaf. Maybe this time around, she can actually make new friends, and even properly experience what it feels to be a "normal" high school girl?

That's what she intends to find out.

Wakaba Girl (わかば＊ガール) is another Slice of Life comedy from Yui Hara (known more for her other series Kiniro Mosaic). The manga ran in Otome Sushin in 2010 before the magazine was canceled. Hobunsha later picked up the rights and published a tankobon with an extra chapter in 2013. An adaptation by NEXUS aired during the Summer 2015 Anime season.