The cast of Walkure Romanze primarily consists of the students of Winford Academy with a few exceptions. 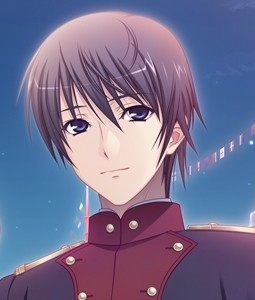 Takahiro is the protagonist of the story, a begleiter who was formerly a talented knight who retired after an injury and being discard by his teacher. His grades aren't particularly notable, but he gains interest within the student body after guiding a normal student to a victory over an upper middle ranked knight. However, even before this he had been approached by several prominent knights who asked to work with him 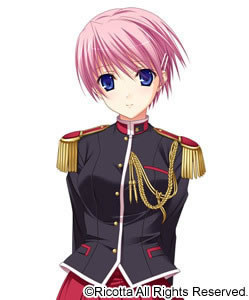 Mio is the first friend Takahiro made after moving to wherever the hell this story takes place. Though apparently born and raised there, the Japanese name indicates her recent family were immigrants. She's very bright and friendly. Unlike the other heroines, she has no connection to jousting at first, but after accidentally getting herself into a duel with Bertille she's thrust to prominence after her amazing growth results in a clean victory. 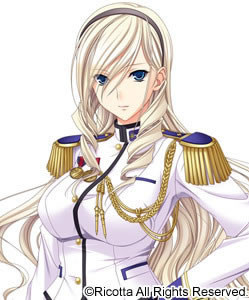 Celia is the strongest knight in the academy as the only S ranked jouster. She's also the student council president, extremely popular and a member of a prominent noble family, though she has few confidants. She is the younger sister of Julianus, Takahiro's former teacher, and thus has met him briefly on a few occasions. Takahiro catches her interest and she asks him to be her begleiter, an offer he has some difficulty accepting because he's unclear as to why she actually needs a begleiter at all, let alone one with no particular accomplishments to his name at the time she asks. 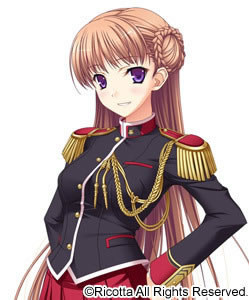 Noel is a middle ranked jouster with deceptively strong skills, a clever mind and an attitude that encourages high risk high reward strategies. Like Celia, she asks to work with Takahiro before he becomes popular for defeating Bertille with Mio. When asked why, she explains that she failed early in the tournament the year before because her begleiter failed to properly care for her horse and she didn't either, so she was impressed at how well Takahiro takes care of his own horse. She also finds it really fun to tease him. 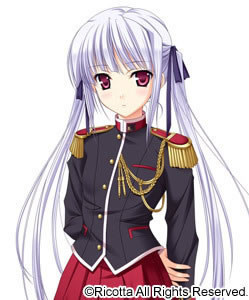 Lisa is a sullen first year girl who rejects the idea that she needs a begleiter at all. Despite this, she's considered a genius when it comes to jousting and is one of the strongest knights of the academy despite being a first year student, most of whom have little experience and thus do poorly against upperclassmen. Against her objections, Reina tries to convince her that she needs Takahiro's support or she won't be able to grow as a knight. 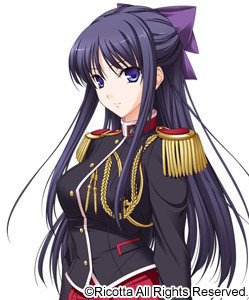 Akane is one of Takahiro's close friends and one of the few A ranked jousters. She's strong, direct, honorable and stoic. She has her own begleiter in the original story, but in More&More her begleiter is forced to transfer due to her father's career. Like Takahiro, she's a Japanese immigrant. She greatly admires Celia and wishes to someday be able to match her. 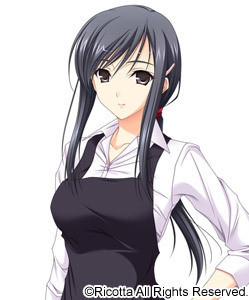 Ayako is Takahiro's cousin, though he treats her more like a big sister and she sometimes mothers him. She's both a teacher at Winford and runs a local cafe during her spare time, which also employs Mio as a waitress. Takahiro boards at the restaurant. She's a former knight and in her route supports Takahiro's decision to return to jousting. 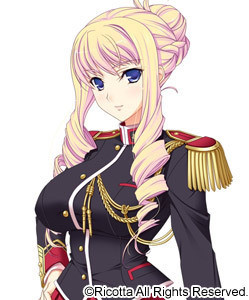 Bertille is a walking ojou stereotype and her conflict with Mio sparks the plot of the story. However, despite this, she's actually a very kind and noble person, even if she lacks dignity. She's attended by her friends Anne and Emma, who act as her begleiter and support. 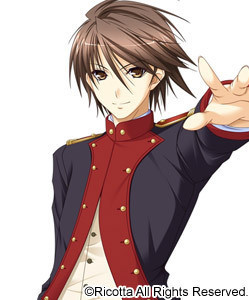 Kyle is Takahiro's apparently sole male friend his own age. He's implied to be a better begleiter than Takahiro, but as he's mostly interested in raising a strong knight from the ground up he doesn't expect to do particularly well during the upcoming tournament. He's quite prone to theatrics. 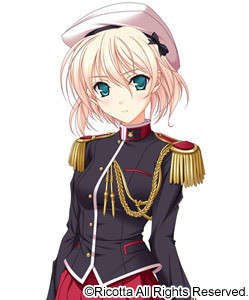 Fiona is Lisa's jerky jerk friend. She's even more antisocial than Lisa. She's not a very good influence on Lisa, urging her stay alone and rely only on herself, yet picks fights that she has Lisa fight on her behalf. In More&More her personality was mellowed out such that people don't want to punch her in the face as soon as she opens her mouth. Lisa's other prominent friend and a big sister figure. She asks Takahiro to be Lisa's begleiter against her objections. She's also Celia's only apparent friend. 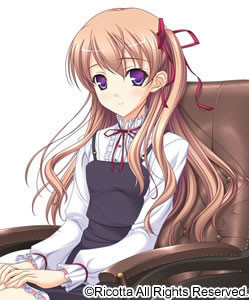 Mireille is Noel's little sister. She was paralyzed from the waist down after an injury that occurred after falling from a horse. A corrective surgery apparently fixed the problem, but for some reason she's still unable to walk. She's extremely kind and polite and has an overpowering imouto aura that makes everyone want to adopt her.

Julianus is Celia's cold big brother and Takahiro's former teacher. He's very focused on victory, so after Takahiro lost a match due to a leg injury he walked away and never looked back. He's one of the strongest jousters in the world.