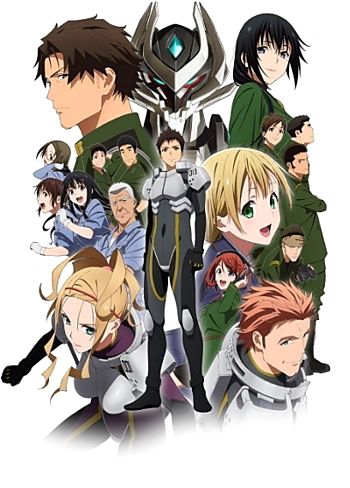 The members of the 8th Independent Mechanized Corps
Advertisement:

The Kingdom of Arandas Alliance and the Countries Unification of Ingelmia have been at war for many years. The situation has been at a stalemate across the fortress of the Great Wall, which has never been penetrated since the foundation of Arandas—until now that is. Enter Tokimune Susumu, a rookie mecha pilot forced to fall back along with the rest of his squadron until Arandas' reinforcements arrive at the border. Tokimune finds himself plunged into the center of the war when he decides to dive in and save a civilian transport from the attacking Ingelmians. His actions force him to pilot the titular Argevollen, a powerful new Super Prototype mecha.