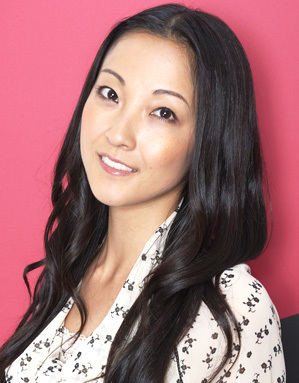 After her successful stint in ZOIDS, Itō fell in love with Super Robot anime roles and worked to be typecast in more mecha series. She has done a notable amount of roles in the field since.

Also an unabashed Hard-Drinking Party Girl in Real Life, lampshaded by A Certain Magical Index's Index-tan specials. Even her colleagues in the industry (including Hitomi-chan) took notice of that. In fact, her blog is called [Shizuka◇A Drunkard's Diary].

In December 2012, Itō announced on her official blog that she had gotten married to a man not from the entertainment industry. In April 2020 she made another post on her blog that she'd gotten divorced from him, and also admitted the divorce had happened some time ago but she simply hadn't decided to make it public until then. Shizuka made it clear that it wasn't due to the COVID-19 pandemic going on.

Not related at all to fellow seiyuu Kanae Ito.

Shizuka Itō and her works provide examples of: