All spoilers regarding the Skywalker Saga, The Clone Wars, and Rebels are unmarked. Examples relating to Disney's films and EU can be spoiler-tagged if deemed necessary. 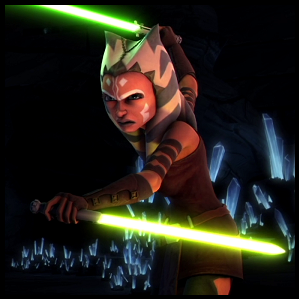 "I'm a Jedi Knight! ...Or soon will be."
The Clone Wars early appearance 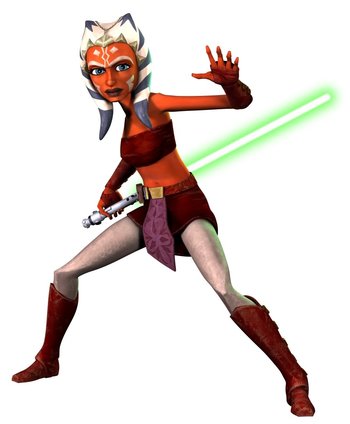 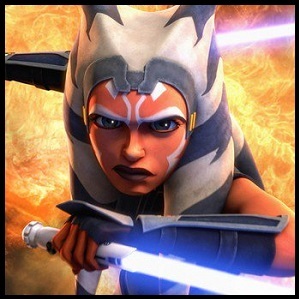 "In my life, when you find people who need your help, you help them, no matter what."

Ahsoka Tano is a female Togruta who was assigned as Anakin Skywalker's Padawan learner during the Clone Wars. Though Anakin was initially dismissive towards her, she grew under his mentorship from a headstrong young student into a mature leader. Ahsoka participated in several vital battles over the course of the war, earning the respect of her clone troopers, but after being framed for bombing the Jedi Temple hangar and put on trial by the Republic, she left the Jedi Order.

Tropes from the Republic era 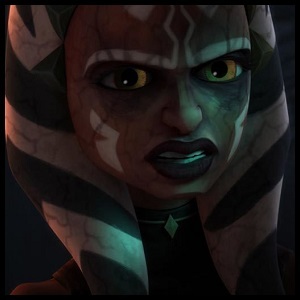 During her, Anakin, and Obi-Wan's stay on Mortis, the Son kidnaps Ahsoka and infects her with the Dark Side, turning her into a psychotically violent version of herself. She's eventually healed by the combined efforts of the Daughter and Anakin. 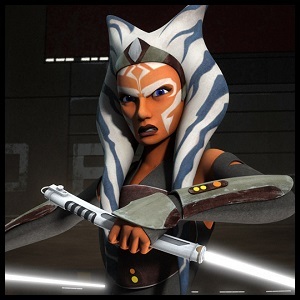 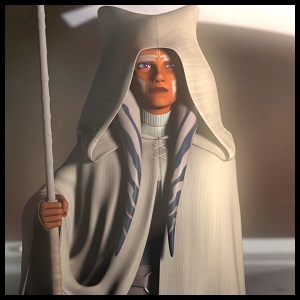 to see her after the Battle of Endor.
Click here 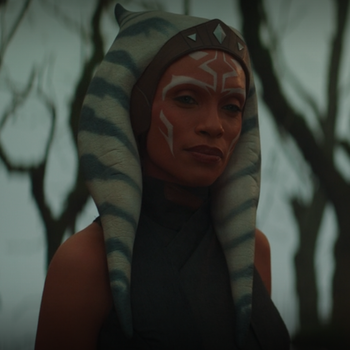 to see her in The Mandalorian.
"One chapter has closed for you. This is a new day, a new beginning."

After escaping from Mandalore, Ahsoka wandered the galaxy for a year, staying in hiding from the Empire while attempting to offer some aid to those who stood against it. After killing the Inquisitor known as the Sixth Brother during the Uprising on Raada, Ahsoka joined forces with Senator Bail Organa to help create a rebel network. Taking the codename "Fulcrum", she became the head of the network's intelligence service.